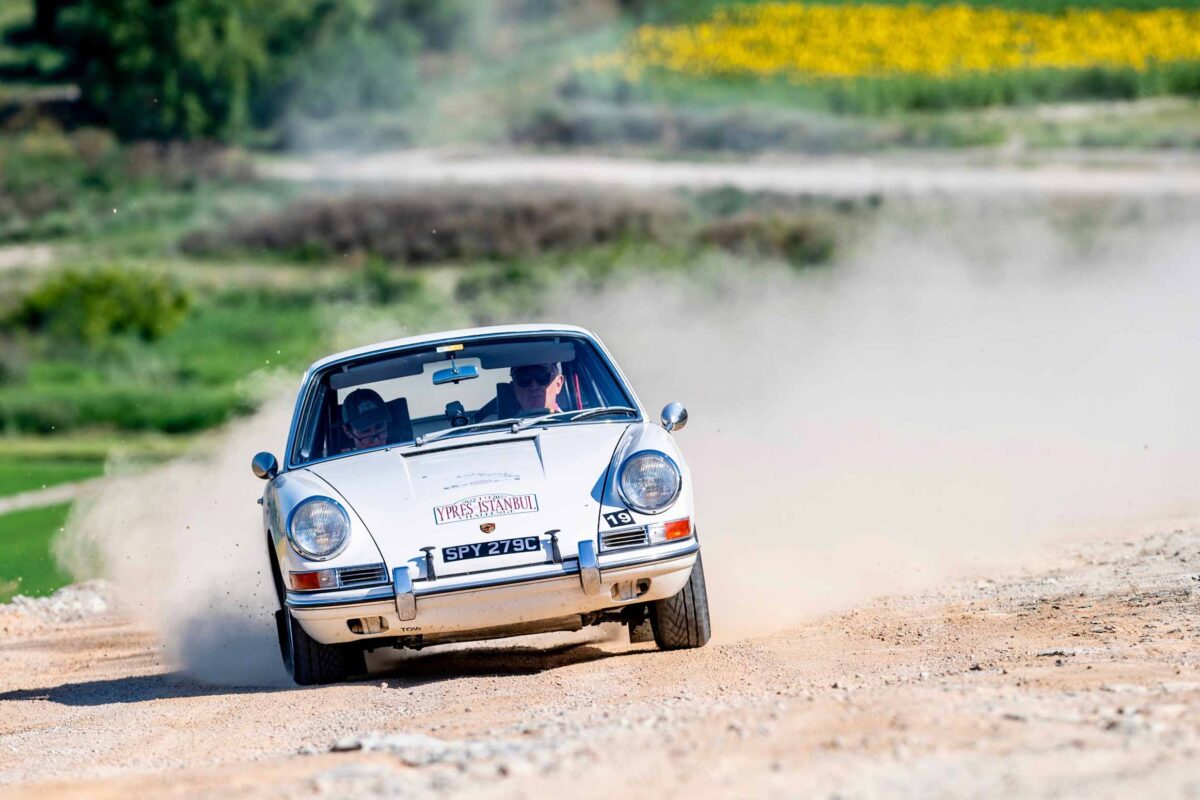 Billed as taking competitors from Belgium’s rally capital to the edge of the Orient, Rally the Globe’s latest incredible driving adventure has been widely applauded as the club’s most significant success to date.

The epic Ypres to Istanbul Challenge (13 June-3 July), which finished with a well-earned prize-giving ceremony aboard a boat cruising on the Bosphorus on Sunday, was not only Rally the Globe’s longest ever event but also – more importantly – heralded the return of great, trans-continental motoring escapades for vintage and classic cars after the lifting of pandemic-induced travel restrictions.

The welcome European adventure also acted as the perfect trailblazer for next year’s Alaska to Mexico Marathon and the Road to Hanoi Marathon which follows early in 2024. Illustrating the pent-up enthusiasm among participants for these amazing, life-enhancing experiences, the former already has a full entry list with a reserve list now open and limited places on the latter are also filling up swiftly.

Fuelling these passions, the Ypres to Istanbul Challenge traversed eight countries and included nearly 80 competitive sections on the spectacular 5,500kms/3,500-mile route. As a ‘Challenge’ category event these were staged on both asphalt and gravel surfaces, often exploring the more remote areas of these regions.

The action started with both Regularity and Speed tests on the well-rallied roads in Flanders with poignant reminders of the battles fought between 1914 and 1918, including a moving visit to the Menin Gate. Leaving Ypres the competitors journeyed on through the Ardennes and the Eifel to the winelands of the Mosselle and Rhine and a first rest day in the beautiful city of Prague.

The route then headed southeast through the Czech Republic, Austria, Hungary and Romania – four countries in just five days – before a second rest day to re-fettle cars and refresh crews in Bucharest.

The final section then headed east stopping short of the shores of Black Sea by taking a tortuous route over the mountains to the Turkish border and onto the spectacular finish in Istanbul.

Among the many, many highlights were Speed tests staged at illustrious race and rallycross circuits as well as a pair of memorable, crowd-pleasing tests held on closed roads in the city centre of Arad in Transylvania.

As ever on a Rally the Globe event, the entry featured a wonderful selection of evocative automotive icons from yesteryear. Among the 26 cars lining up in the medieval town square outside Ypres’ historic 13th century Cloth Hall were an array of WO Bentleys, a stable of thoroughbred Porsche 911s and a wide range of Mercedes classics.

While camaraderie was always to the fore, the competition was fiercely fought with several lead changes both among the veteran and classic categories.

Clint and Dawn Smith in their 1925 Bentley were the pace-setters in the pre-war class but their hopes were dashed on a dramatic Day 13 in the storm-lashed Carpathian mountains in southern Romania. Their troubles handed final victory to fellow Bentley crew Graham and Marina Goodwin (photo row six below) with Andrew and Ann Boland claiming second spot in their 1936 Ford V8 Convertible.

“We nearly lost it at the start when we dropped the ball and slipped way down the leaderboard,” admitted Goodwin. “We were a bit down in the dumps but we knew that this was a long event, and with all of our experience in long distance rallies we decided that there was enough time to make amends – thankfully we were proved right!”

The battle for the lead among the classics was even more fiercely-fought with the 1965 Ford Mustang of Roy Stephenson and Mark Bramall swapping top spot several times with the 1965 Porsche 911 of Steve and Jenny Verrall. Sadly, with four days to go, the American pony car was slowed by electric gremlins.

With the Mustang now limping home, the duel for runner-up honours behind the victorious 911 really hotted-up. Incredibly after 20 days of high-octane competition the 1959 Volvo PV544 shared by Mike and Lorna Harrison tied with Ean and Alison Lewin’s 1973 Ford Escort Mexico – the former only taking second place trophy on a tie-breaker as their car was the older!

“We are delighted with this win; we always do our best and we take every day as it comes… but to roll home in first place is extra special,” admitted the victorious Steve Verrall who has been a huge Porsche enthusiast for 35 years. “The event was organised superbly. Rally the Globe are an amazing team and every day ran seamlessly”.

As well as the overall and class awards, discretionary prizes were awarded, too. The Spirit of the Rally was presented to Renate Hanselmann and Lukas Ospelt who, despite only having three wheels on their  wagon – a 1939 Ford Model 91A – from time-to-time, never stopped smiling. The Against all Odds trophy went to Jean Vincent and Marcel Peumans whose Bentley Speed Six reached Istanbul despite blowing a piston ring on the very first day and stripping and rebuilding the engine during the rest day in Prague. Three WO Bentleys also claimed the team prize.

By universal agreement, though, the biggest winners were the Rally the Globe team which had successfully organised another truly remarkable adventure, much of it planned during the toughest of global circumstances.

“We’ve managed to do something unique here in running a highly competitive, yet incredibly social rally, through the middle of Europe,” enthused Fred Gallagher, Rally the Globe’s vastly experienced Rally Director and the mastermind behind the Ypres to Istanbul Challenge.

“Getting a rally to Istanbul has long been a dream of mine and, despite all of the extra problems we’ve had to overcome, today it all came true,” added a delighted Gallagher after welcoming home all of the intrepid finishers with the time-honoured chequered flag. “I must thank the whole team for their extraordinary efforts as well as our incredible group of travelling marshals, medics and mechanics. We really could not have done it without them.”

Mark Appleton, the Clerk of the Course, was equally thrilled with Rally the Globe’s latest standout achievement and is already looking to the future.

“Clearly this has been another absolutely outstanding event which has left the crews wanting more of the same,” said Appleton. “So, now we turn our attention to rallying even more of the globe with next year’s Alaska to Mexico Marathon and then onwards to the Road to Hanoi.”

You can see the final Results, film and photo highlights by clicking on the image below 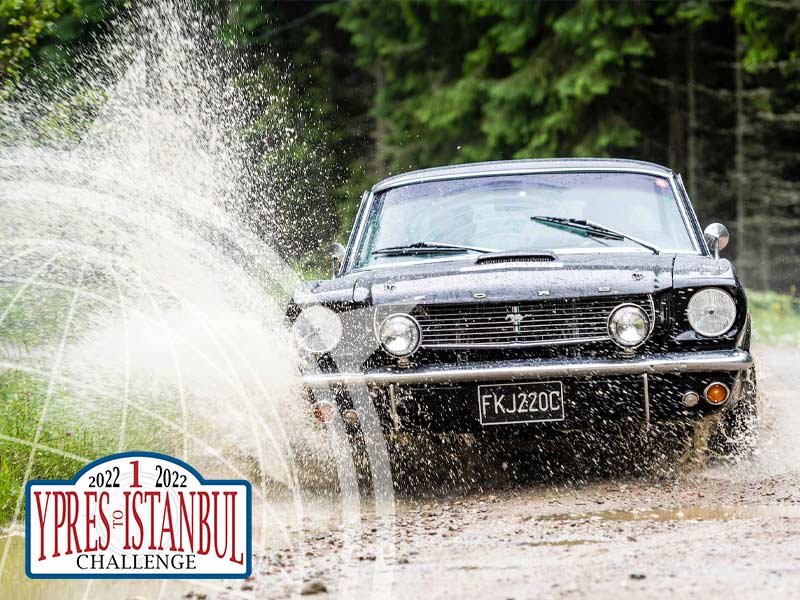 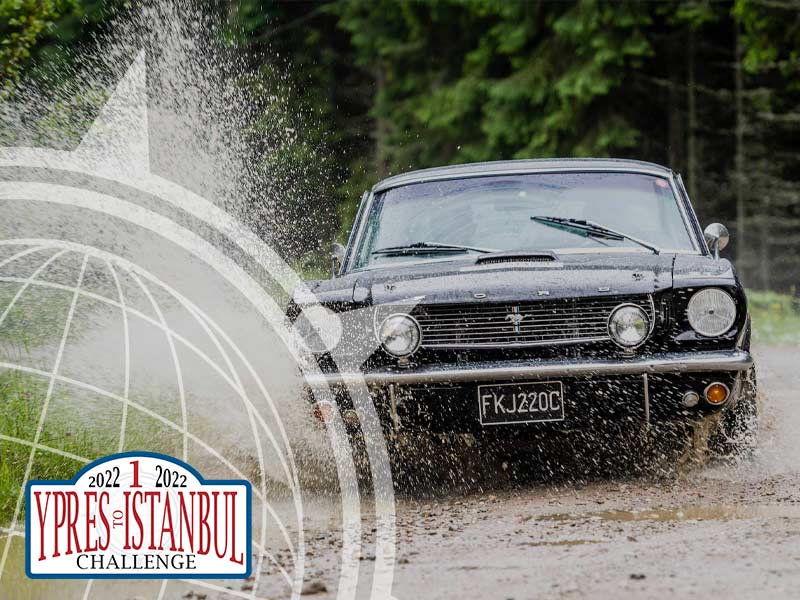