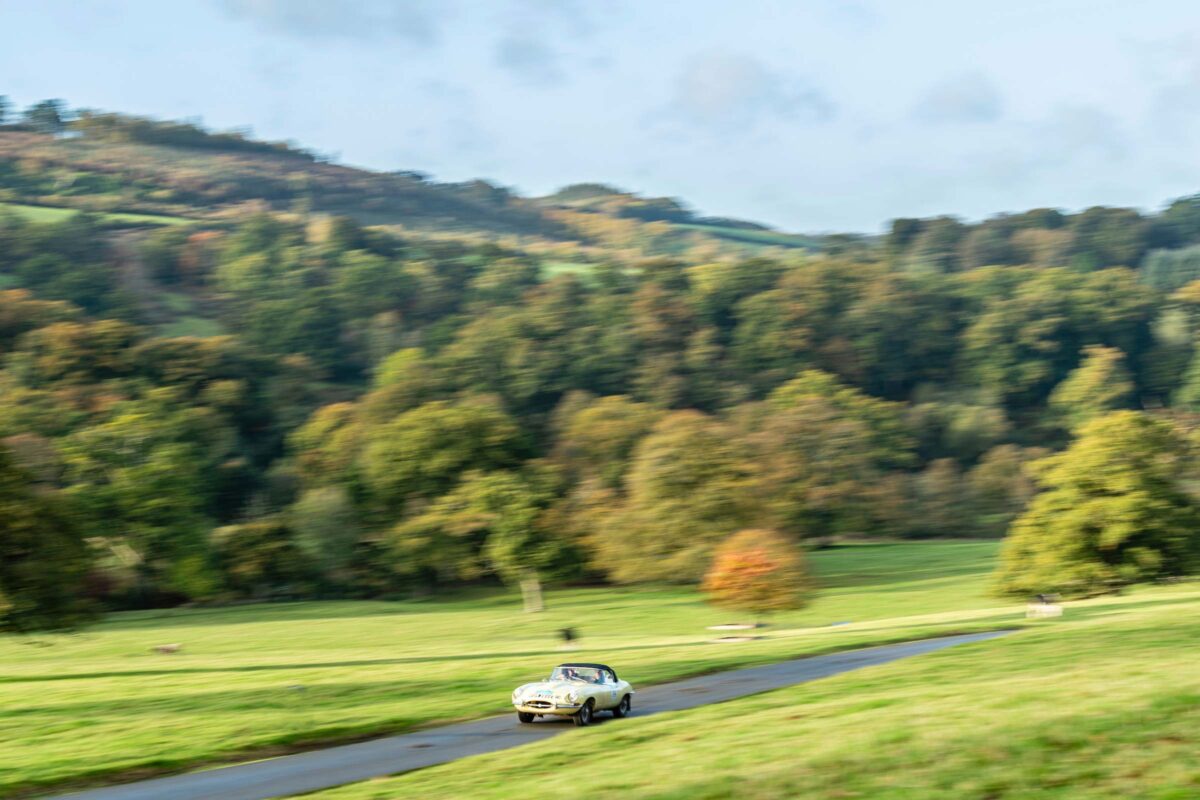 Last week’s splendid West Country Cloverleaf (24-27 October) has not only brought the curtain down on a sparkling programme of Rally the Globe events in 2022, but also whetted appetites for even more exciting automotive adventures to come.

In the wake of the pandemic, this year’s cleverly arranged calendar commenced close to home with the innovative Generations Rally set in the English Lake District and was swiftly followed by ever more adventurous forays as international travel has returned to normal.

The super-successful Carrera España, set largely in the mountains of Northern Spain, paved the way for Rally the Globe’s epic Ypres to Istanbul Challenge, which traversed eight different countries as crews competed from the Belgian rally capital in Flanders to the Bosphorus and the gateway to Asia.

Building on these triumphs, preparations for two even longer distance Marathon category endurance events are well advanced. With enthusiasm for four-wheeled global exploration restored, the first of these – the North American based Alaska to Mexico (27 August – 26 September 2023) is already sold out, with a reserve list. The second – the Road to Hanoi (27 January – 23 February 2024) – is filling up fast.

In the meantime, Rally the Globe’s 2023 diary also includes a repeat of the Generations Rally (24-26 March), the Vintage Shamrock (8-11 May) being organised together with Irish Racing Green and the Carrera Riviera (4-15 June). The first of these is already full with a reserve list, while only a few places remain on the entry lists for the other two.

Paving the way for forthcoming pleasures, the West Country Cloverleaf was based at Hotel Endsleigh – the Duke of Bedford’s former fishing and hunting lodge taken exclusively for three nights – with competitive Tests and Regularity sections set in the rolling moorlands and idyllic countryside of Devon and Cornwall.

Entries were restricted to members of the not-for-profit-club, and a full capacity 19 field featured a wide mix of vintage and classic cars (all dating back to pre-31 December 1976) ranging from the 1925 Bentley Supersports of Graham and Marina Goodwin up to the 1973 Datsun 240Z of Andrew and Shirley Laing. An eye-catching array of Aston Martins, Jaguars and Fraser Nashes were also on the roster alongside other automotive icons. Providing wonderful diversity these included a pair of Porsche 911s, a Triumph TR3A, two Fraser Nash-BMW 328s and a very distinctive Chrysler 75 Roadster.

After the completion of morning technical checks and paperwork, the opening day included competitive sections in the autumnal Blackdown Hills, at the Exeter Chiefs rugby ground and in the wilds of Dartmoor.

Day two was again set exploring rural Devon and featured five more challenging Tests and two Regularities as well as a surprise end-of-day trip to the Dingles Fairground Museum where the crews were free to spend some old-fashioned quality time on the dodgem cars, ghost train and waltzers!

The third day was the longest – and sunniest – of the rally. The spectacular 153-mile route included four Tests and three Regularities staged largely on the Cornish side of the border and ventured via the rocky tors of Bodmin Moor to the craggy headlands of King Arthur’s magical kingdom.

The final morning took crews back over a now foggy Dartmoor and via some further Tests at the Mansell Raceway to a prizegiving lunch at the Castle Hotel in Taunton.

Following the ‘fun first’ tradition of Rally the Globe’s more relaxed Cloverleaf events, there were no individual winners. The rally, instead, had been divided into teams. These random groupings then competed for the top spot based on the total number of penalties accrued en route and times gained by each individual team member.

More importantly, all the crews were unanimous in their praise for the sortie to the west country. Five star feedback has included: ‘Thanks to the Rally the Globe team for a brilliant Cloverleaf’, ‘What a fabulous event and lovely crowd to enjoy it with’ and ‘fantastic event, great team, great fun and great people’.

Clerk of the Course, Mark Appleton, was equally delighted. “It was the perfect end to the year,” he enthused. “We have been building up the adventure with increasingly ambitious overseas rallies, so it was nice to come back home for what was in many ways a celebratory event for our members. We struck gold with Hotel Endsleigh which gave us an amazing base to explore the more remote parts of this beautiful corner of England.”

Appleton is even more pleased to see the spiralling popularity of Rally the Globe’s unique style of premium driving experiences for owners of vintage and classic cars dating back to 1976 or earlier.

“Many of our forthcoming events such as the repeat of Generations and what’s sure to be an epic Alaska to Mexico Marathon are already at full capacity with waiting lists now open. Others such as the Vintage Shamrock and Road to Hanoi are filling up fast, too,” he reported. “The future is both busy and bright!”

Indeed, with so many great events in the pipeline Fred Gallagher, Rally the Globe’s well-respected Rally Director, has had little time to savour the successes of the West Country Cloverleaf. He has already arrived in the USA to complete preparations for next summer’s incredible North American adventure, which will take crews from the snow-capped mountains of Alaska to the tropical beaches of the Baja Peninsula.