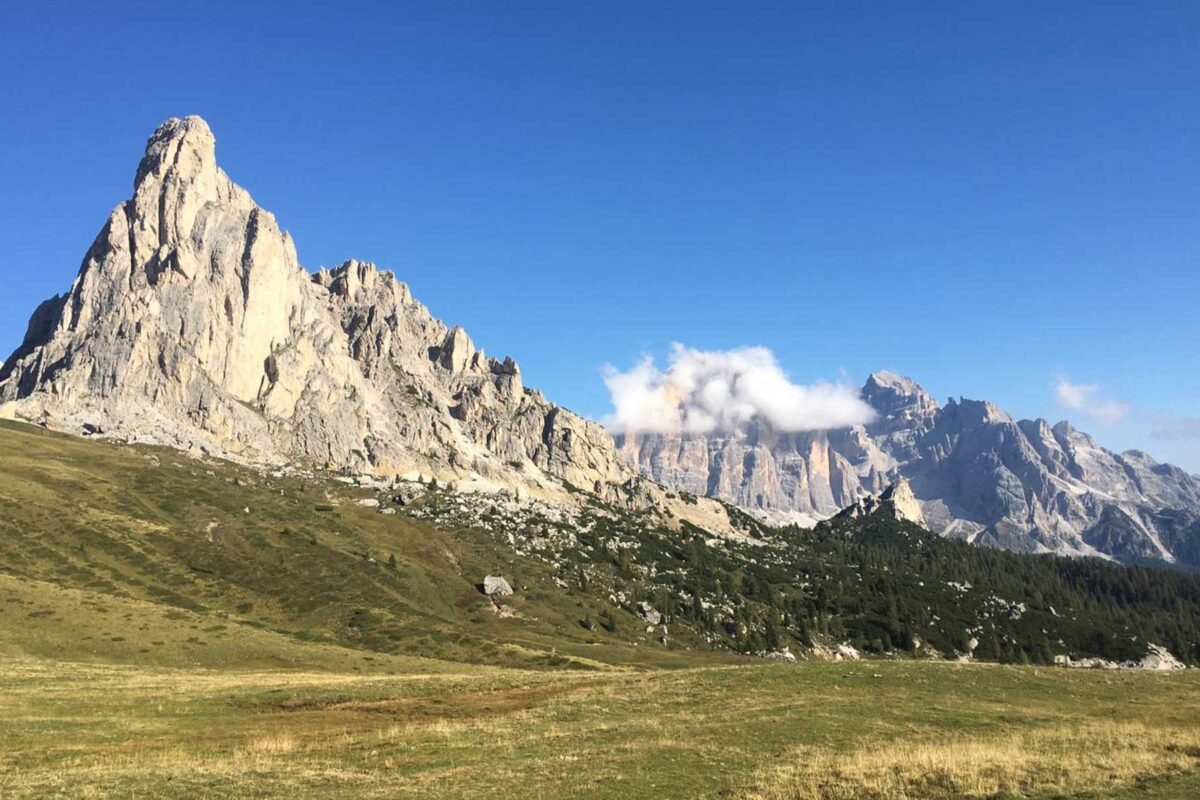 Taking advantage of the fact that Italy was at the time on the UK’s “Green List”, Jim Smith and I flew to Milan in mid-September to recce the high roads of Northern Italy that will soon be closed by snow.

Carrera Italia starts and finishes in Sanremo, but we picked up the route in Piedmont at a splendid international kart circuit that will host the first test on the second day. From there we headed north through the provincial capital of Biella and into the Alps. The roads tuned out to be virtually deserted and very twisty, the way we like them. The area felt surprisingly remote with lots of sheep and goats in the swirling mist and low cloud. We found a couple of great regularities, before a lunch halt in a rural farm.

After lunch we headed east towards the Italian lakes. After a final regularity we found a lovely lakeside setting for the end of day Time Control. Crews can linger here as long as they like, before 65 kilometres of mostly highway to Como, and a really picturesque drive along the lakeshore to our wonderful overnight hotel. The Grand Hotel Tremezzo is luxuriously beautiful and has wonderful views over the lake, while being one of the best run establishments it has ever been my pleasure to experience.

The next morning, we had to tear ourselves away from the breakfast terrace and get back on the road. After leaving Lake Como we found an interesting regularity, with a lot of hairpin bends to give the drivers a workout first thing in the morning. The main road east was less interesting for 40 kilometres, so on the next recce we will investigate some of the minor parallel routes. Then, in an instant we were in beautiful hills again with a great choice of roads. We found a splendid regularity through mountain farmland. All of the cows at the side of the road had bells around their necks and the sound was tremendous in the beautiful surroundings.

Looking for a coffee stop in Edolo, we chose the Touring Hotel at random. It was a lucky call because Simone, the proprietor, is a great fan of old cars and was immediately talking about reserving parking in the town square and wondering why we couldn’t stay for lunch.  However, that was because we had the mighty Gavia Pass ahead and on the day it was only open from 12h00 to 13h00 due to roadworks. The road climbs above the tree-line to 2621 metres above sea level. There is a typical mountain restaurant where we can catch our breath and have a simple lunch.

After the descent to Bormio, we began the climb of the most famous Pass of all, the Stelvio. With its fame of course comes more tourist traffic than we experienced anywhere else, so the timing will be accordingly slack. It is a spectacular road however, especially the never-ending series of hairpin bends on the descent. We did investigate a potential regularity in the orchards of the Venosta Valley and we are awaiting permission to use the roads. From there it was main road all the way to Bolzano and the rally’s five-star hotel in the city centre.

After a quick inspection Jim and I carried on and were quickly into the Dolomites, where we were spoilt for choice of interesting roads. Our overnight stop was planned to be a rally lunch halt but during dinner it became apparent that would not be the case…..

Bright and early the next morning we were motoring again with a mid-morning, hotel inspection at our spectacularly situated hotel in Cortina d’Ampezzo. Then onwards to drive what should be the most splendid day of the entire event, the Dolomite Loop. The entire day comprises a multitude of mind-blowingly wonderful scenery and tremendous roads. The day will end in a wonderful mountain top restaurant from where competitors will return to Cortina in free time.

From Cortina Jim and I headed to Venice Airport and home. It was a wonderful four days, although we were left wondering how such a beautiful area ended up giving its name to the Ford Cortina and the Triumph Dolomite……..

We look forward to completing the rest of the recce as soon as travel plans allow, and look forward even more to seeing those of you who are joining us in Sanremo in less than 12 months’ time!